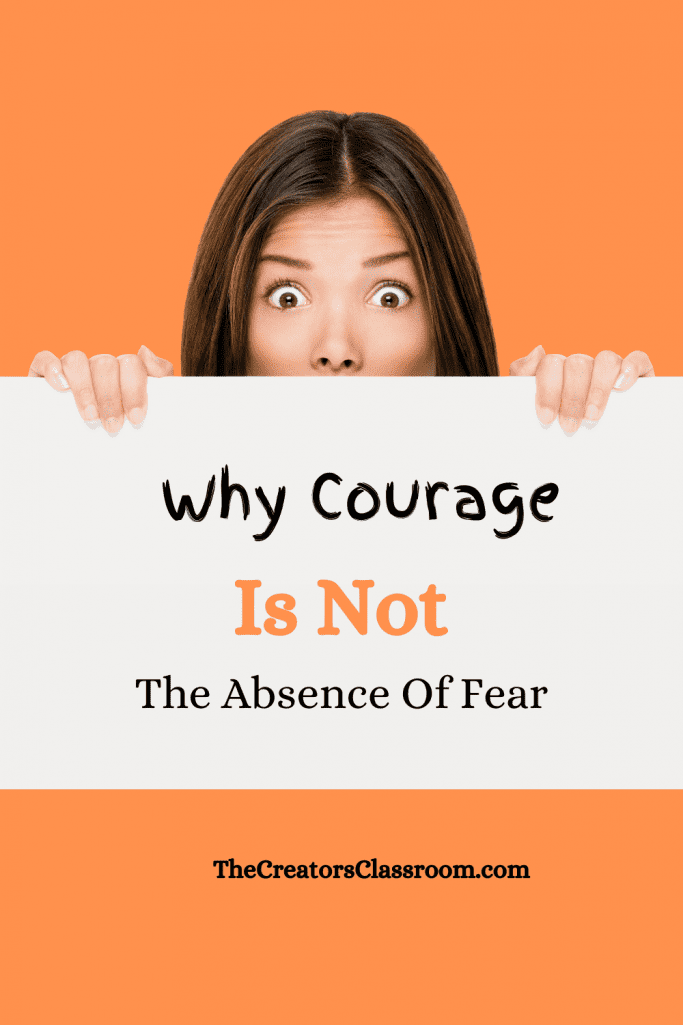 Nelson Mandella, Mark Twain, Winston Churchill, and Marin Luther King all spoke about courage. All agreed that courage is not the absence of fear.

As Christians, though, how do we reconcile this statement with the many quotes in Scripture to “fear not”? Is fear part of human existence, and where does courage come in?

Why Courage is not the absence of fear

Nelson Mandella said, “courage is not the absence of fear but the triumph over it.”

Courage is our choice when we are faced with fear. But there is a little more to it than just making a decision.

When military men and women are on the battlefront, they are faced with fear. They could die. But they have something more than their own survival driving them.

Bible characters proved that courage is not the absence of fear

All we have to do is look at Scripture to find individuals like you and me who knew that courage is not the absence of fear but the ability to act in spite of it.

David knew that courage is not the absence of fear

I love the writings of David. He is so honest about his feelings. But emotions did not drive him. He records his fears many times in the book of Psalms. But this sums up what he did with his fear.

Jehosephat knew that courage is not the absence of fear

“Some men came and told Jehoshaphat, ‘A great multitude is coming against you from Edom’ … Then Jehoshaphat was afraid and set his face to seek the Lord.” 2 Chronicles 20:2-3 ESV

I don’t know about you, but I am sure I would be afraid if I was surrounded by those who wanted to kill me.

This is what Jehosephat prayed.

“We are powerless against this great horde that is coming against us. We do not know what to do, but our eyes are on you.” 2 Chronicles 20:12 ESV

After praying, the religious leaders encouraged the people with these words.

“‘Do not be afraid and do not be dismayed at this great horde, for the battle is not yours but God’s.” 2 Chronicles 20:15 B ESV

Oh, that we would remember to keep our eyes and minds on God and His words. He will fight our battles if we trust Him as our leader.

Rahab knew that courage is not the absence of fear

Rehab lived in Jerico, a city that was going to be destroyed. Furthermore, she already had several strikes against her.

She would face death if her own people found spies in her house. She would also face death when Jerico was destroyed. Yes, Rahab was afraid.

Given two bleak prospects, Rahab asked the spies to protect her and her family. That was quite a bold move.

How could that even happen when a whole army would be coming against her city? How would every soldier get the message?

But remember, Rahab already believed that Jehovah God was a God of miracles.

And so Jerico was destroyed except for Rehab and her family. You can read the whole account in Joshua chapters 2 and 6.

Jesus knew that courage is not the absence of fear

You might find it surprising that even Jesus in His human flesh experienced some dread or fear.

Does that seem impossible? Scripture says that He was tempted in all the ways that we are.

When it was close to the time that Jesus would be arrested and murdered, He sweat profusely. Jesus was stressed to the max because he knew exactly what they were going to do to Him. You can read about this in Luke 22:39-44.

But Jesus also was God so His courage and commitment to the plan for our salvation overcame the fear of physical pain. His words were, “Not my will (in the flesh), but your will be done. “

How to have courage in spite of fear

All of the above examples show us what we need to do to have courage in spite of fear.

Thanks to Bible Gateway for easy navigation of the Scriptures