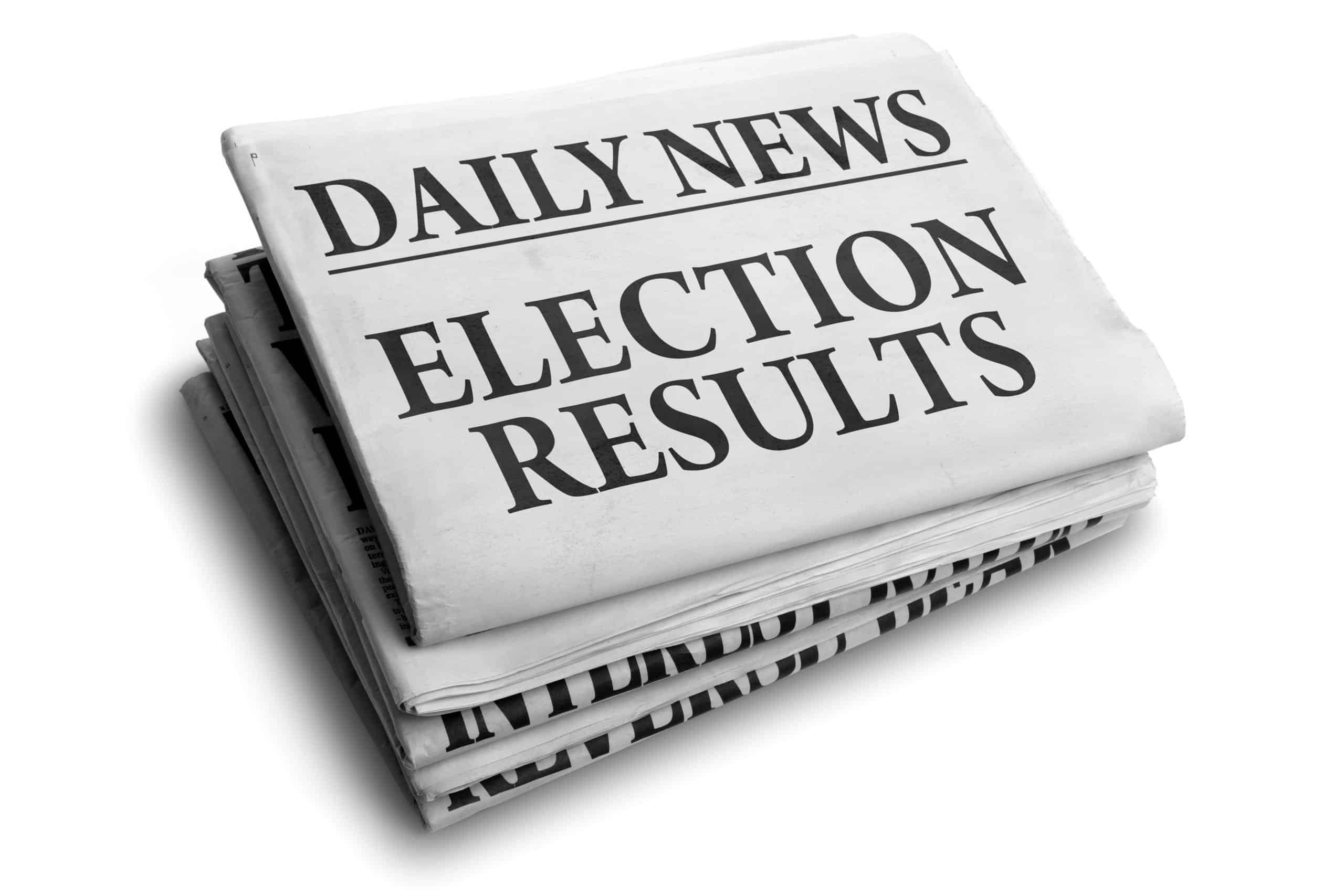 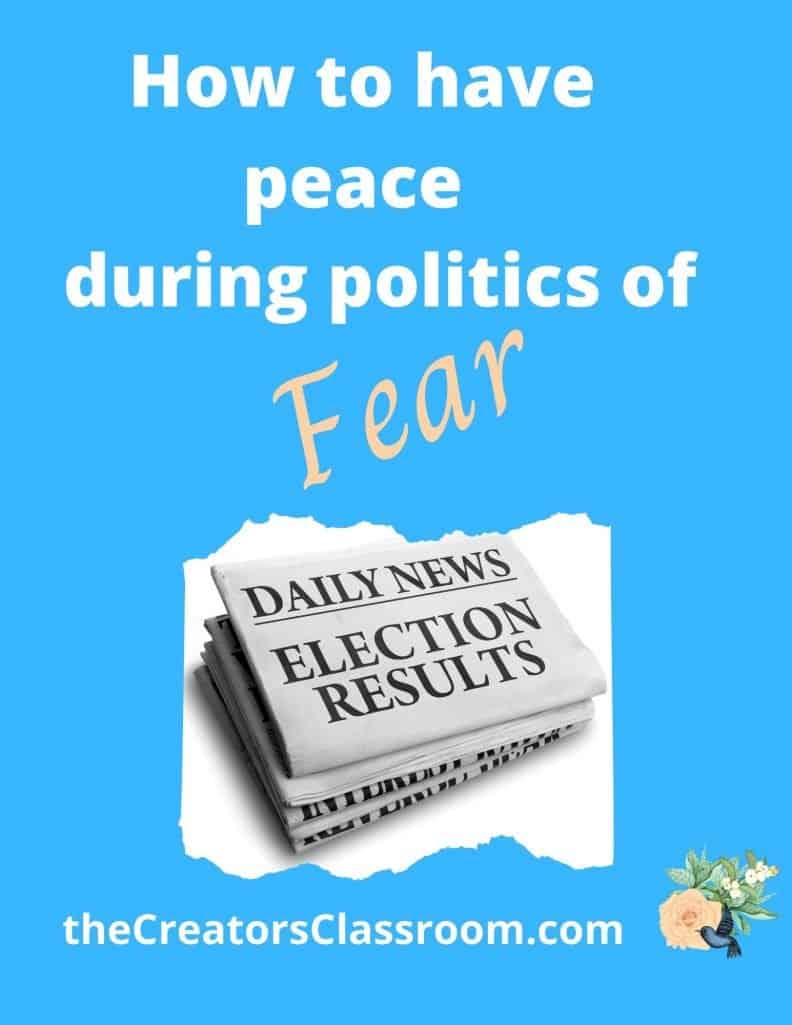 Was Jesus a Democrat or Republican? Was He a liberal or a conservative? Was He for free speech or total censorship? These are questions that many people would like answers to, especially if Jesus would be on their side of the political fence. When elections approach, many individuals become anxious. What are we to do when things look shaky? How can we have peace of mind during politics of fear?

Contents hide
1 Why do some people fear elections?
2 What is the politics of fear?
3 Was Jesus Democrat or Republican?
4 How would Jesus vote?
5 What does the Bible say about politics?
6 What is my real purpose here on earth?
7 How to have peace of mind during politics of fear
8 A gift for you

Why do some people fear elections?

Election season can be brutal at the debates, in the workplace, and on social media.

I remember the day after a presidential election when I was twelve or thirteen years old. I didn’t want to go to school. Of course, I was not old enough to vote, but I remember my parents being sorely disappointed at the outcome. It felt to me as if something horrible was going to happen in the days or months ahead.

“interrupt processes in our brains that allow us to regulate emotions, read non-verbal cues, reflect before acting, and act ethically. This impacts our thinking and decision-making in negative ways.” (1)

Most elections bring about change. There can be a lot of uncertainty as to how life will proceed- how the new leadership will view issues that are important to each of us. There is always a winning side and a losing side. In recent years fear has been used to influence the thinking of voters. Let me assure you, God is not the author of fear (2 Timothy 1:7).

What is the politics of fear?

The “politics of fear” and a “culture of fear” are close cousins. According to Wikipedia, “Culture of fear is the concept that people may incite fear in the general public to achieve political … goals… ” The theory was described by and is credited to a professor at the University of Kent who founded the Revolutionary Communist Party. But before it became a sociological concept, this scheme was used by various world political figures in an attempt to take control of much of the world. Basically, keep the people in fear and you can get them to do just about anything.

Was Jesus Democrat or Republican?

While these two political parties did not exist at the time that Jesus walked this earth, his enemies were always trying to trap him and get him to say something that would be incriminating. Sound familiar? If not, you haven’t been in tune with the media in the last few years. Both political parties are obsessed with bringing the other party down.

Jesus told us to find the good in others. The Bible says that as much as it is possible to be at peace with others. We are to consider others better than ourselves (Matthew 22:34-40, Mark 12:31, Romans 12:18, Philippians 2:3). Where do you see any of that in modern politics? Neither was it present in Jesus’ day. That is why He had to teach us a better way. But just like teenagers who do not believe their parents, mankind does not believe God’s ways are better.

Jesus was a master at staying ahead of the verbal traps that his enemies tried to set for him. And apparently political conversations continued on into the apostle Paul’s days because he instructed Titus to avoid foolish questions, contentions, and strivings about the law because they were unprofitable and vain (Titus 3:9)

Jesus was neither Democrat nor Republican. Political issues were not His greatest concern, though the government that He lived under was brutal.

How would Jesus vote?

Bringing honor and glory to God the Father and restoring our relationship with Him was the reason Jesus came to earth. He was a physical representation of God to us. With those lenses in place, how would Jesus vote? It would be to care for and defend widows, orphans, the downtrodden, suffering, sick, and needy. (Jeremiah 22:1, Proverbs 31:8-9, Isaiah 1:17)

Jesus did not come to change governments, but to change hearts.

What does the Bible say about politics?

What is my real purpose here on earth?

“Be not conformed to this world, but be transformed by the renewing of your mind” (Romans 12:2). This is countercultural for the days we live in. We were never commanded to fight the government, be involved in disorderly conduct, or shout down others on the street, at polling locations, or on social media. So what are we supposed to be doing?

The last instructions that Jesus gave to His disciples were to live on mission, sharing the gospel, and making disciples. His greatest commandment was to love God and love others.

As simple as that is, Jesus knew that it would not be easy. That is why He told His followers, “Let not your heart be troubled” (John 14:6.) There were plenty of reasons for the followers of Jesus to be troubled. They lived in difficult political times. Rome was a hard taskmaster and the religious leaders weren’t much better.

How to have peace of mind during politics of fear

Fear can make us a prisoner of our own thoughts and feelings, but It doesn’t have to be that way.

We don’t have to be slaves to fear.

Psalm 112 says that those who trust God are blessed beyond measure. Furthermore, the one who delights in doing God’s commands,

“Does not fear bad news, nor live in dread of what may happen. For he is settled in his mind that Jehovah will take care of him” (Psalm 112:6-7, TLB).

Even if elections go awry, even if the government should completely change, God specializes in turning bad things into good. The senior pastor at Shadow Mountain Community Church, Dr. David Jeremiah put it this way,

“When we can’t possibly see any good in an event, God, in His timing, turns the curse into a blessing.” (2)

May I suggest that you don’t just trust what you read here. Look it up for yourself. You can find some of God’s promises in Nehemiah 13:2, Genesis 50:20, and Romans 8:28.

The question is, do we believe what the Bible says? If we want peace of mind during politics of fear, we must trust God.

“No matter how it ends, you’re with me Even Then.” (a song recorded by Micah Tyler)

A gift for you

It is easy to fall into the trap of fear. God says to trust Him instead. This Scripture card is to help remind you of that. Simply click on the image to download. NO EMAIL REQUIRED.

If you are looking for further scripture cards or coloring pages, see the resource page.

1 thought on “Having Peace OF Mind During Politics Of Fear”

Despite all the farm’s beauty, life has not been easy. The Creator’s Classroom was born out of personal struggles and the lessons that God has taught me. Finding Hope, Joy and Peace is possible in spite of circumstances. (read more)

Scroll back to top
We use cookies to ensure that we give you the best experience on our website. If you continue to use this site we will assume that you are happy with it.OkPrivacy policy