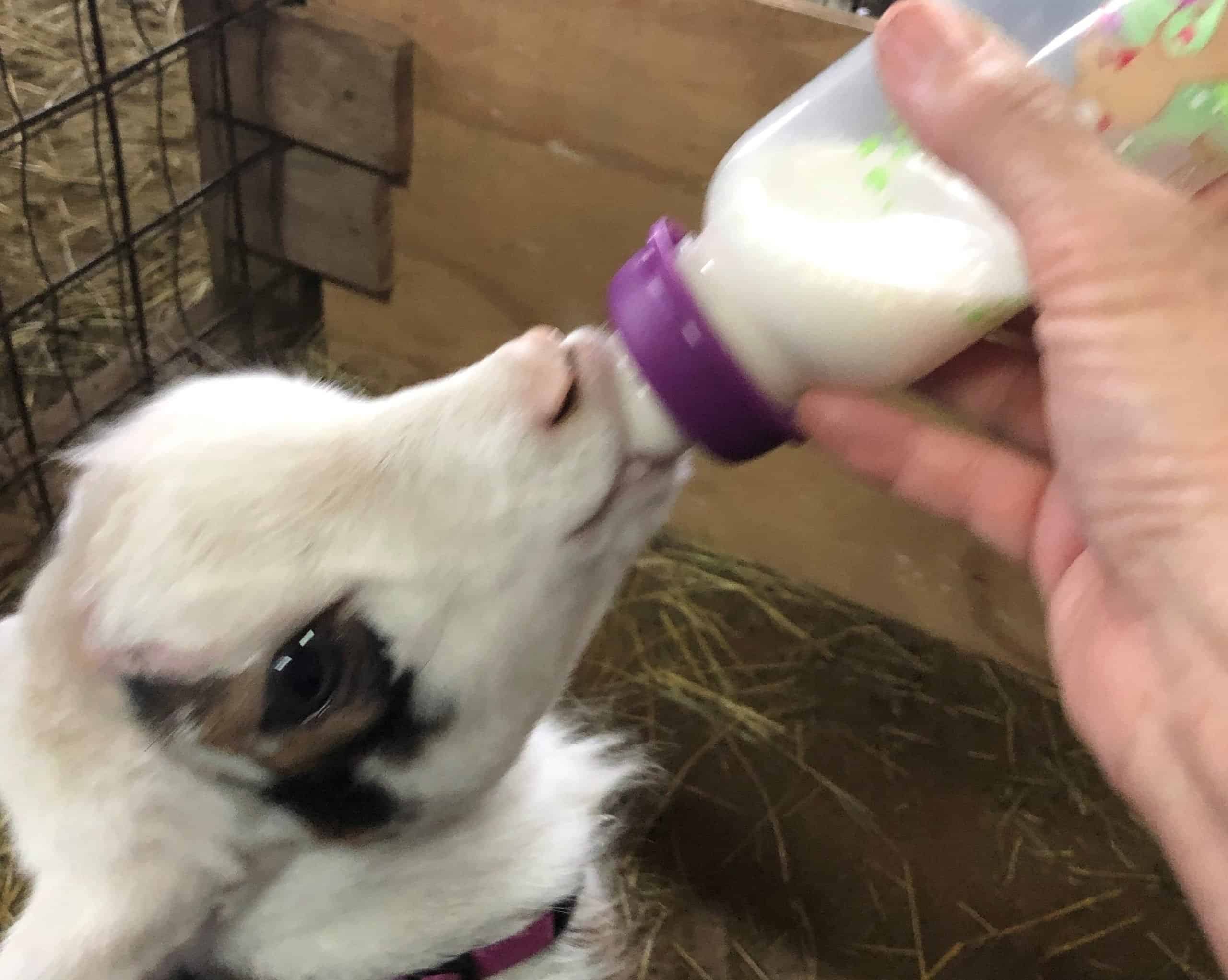 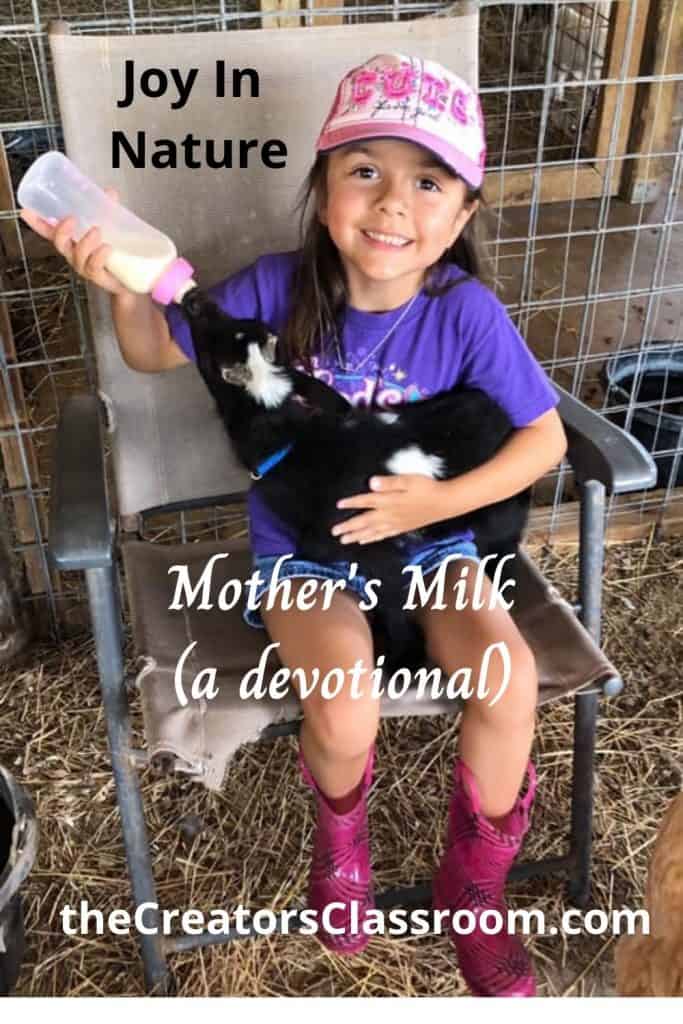 Baby goats can be so cute, and yes, educational. I have learned spiritual truths from working with these little rascals. “Joy in nature: mother’s milk” is just one of many stories and lessons learned here on the farm.

Contents hide
1 Too many babies
2 Not enough milk
3 “Don’t interupt my dinner, please”
4 Joy in nature: persistence pays off

This last summer two of our mama goats gave birth to the most adorable babies, referred to as “kids”. There was a problem though as each had triplets and the mamas only have two nipples. This caused great competition. The babies fought so much for their mama’s milk that at times they lifted her back legs right up off the ground. Mama goats don’t appreciate this fighting and often just walk away from their kids, leaving them looking around questioning what just happened.

Our weather had been hot which made me a little uneasy, wondering if the kids were getting enough milk to prevent dehydration. Being only three weeks old, they were not ready for weaning. They were barely trying to drink water and investigating what those weird food pellets were that mama was eating. And even more weird was that stuff called “hay”. In an effort to assure that their nutrition and hydration needs were being met, I mixed a milk substitute in a plastic baby bottle and presented it to each kid. You would think I was trying to kill them. They fought tooth and toenail trying to get away from that awful thing I was trying to put in their mouths. These initial attempts were NOT joy in nature. But keep reading.

Day after day I tried to supplement the feeding of our baby goats and eventually they were more comfortable with what I had to offer them. The first five days were not exactly Joy in Nature. After treating the mama’s postpartum infections, there was more milk available and everyone seemed content. Let’s just say baby goats prefer mother’s milk over a milk substitute!

(What mother of young children hasn’t said this at least once? (Or was at least thinking it!)

Young goats pay attention to their mother when she displays displeasure with them. Thus when they try to nurse a few times and she walks away, they don’t push the issue. For instance, a mama goat doesn’t want her own meal interrupted by little rascals pulling and pushing on her udder. If the kids get too rough the mama sometimes will bite them.

Joy in nature: persistence pays off

In observing the interaction with this batch of babies, I noticed that one particular kid would not take “no” for an answer. She kept trying to nurse even when her mama was eating. Eventually, mama gave up because this baby was gentle. Real milk and the kid’s persistence led to her accelerated growth over her siblings.

In scripture it talks about desiring the “Milk of the Word” as a newborn baby does. (First Peter 2:2)

The more we persist in taking in God’s word the more we will grow just like the little goat did.

Are you growing in your desire for scripture? I challenge you to make it a habit to “feed” every day. As a gift, you may download the following scripture card to place on your mirror, refrigerator. NO EMAIL REQUIRED.