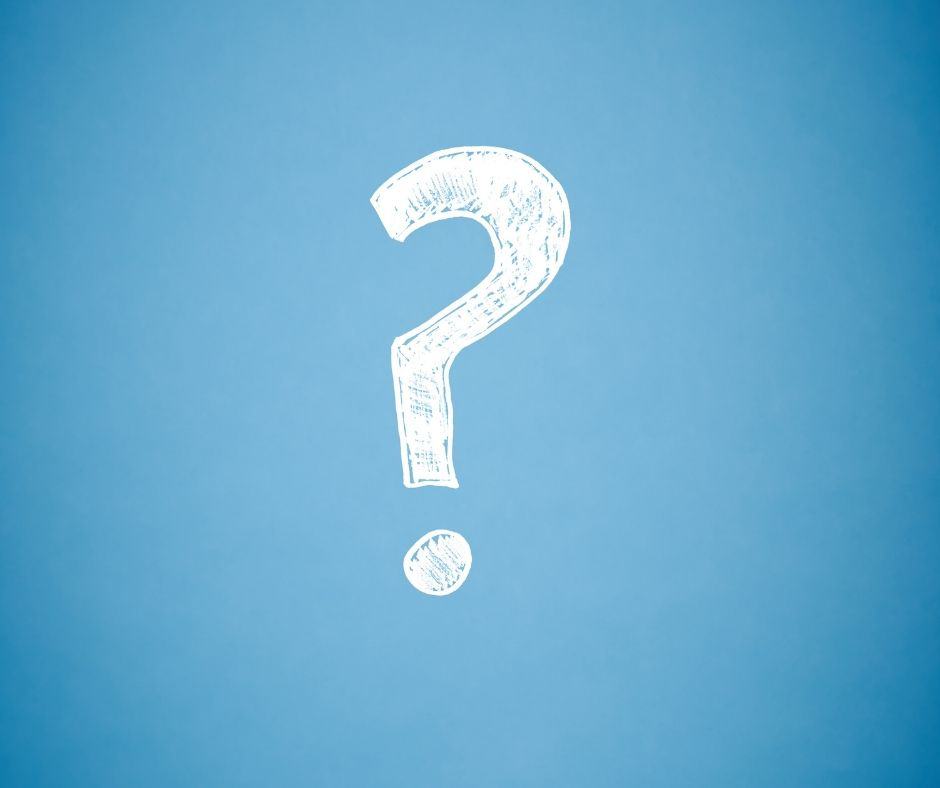 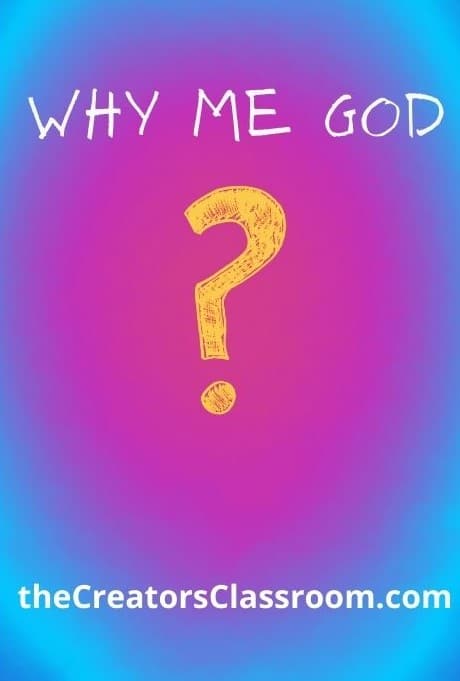 Do you ever wonder if it is OK to ask, “Why God is this happening to me?” With current world affairs, there are many asking this question. Countless people have been sick. Others have lost loved ones. The economy has been unpredictable. Natural disasters have left people homeless. In some parts of the world, great injustices have been occurring to innocent people. How could one not be asking, “Why me God?”

Right now you may be wondering:

These are questions that almost everyone would like answered. Let’s take a closer look at them.

Is it OK asking God why?

On a personal level, there are many reasons we ask, “Why me God?”

Who wouldn’t ask given these circumstances? These are hard, but real questions. Over time I have asked quite a few of them. I have also heard a lot of pat answers, that leave one feeling empty and misunderstood, such as:

What makes all the difference with these questions and answers is the intent of the one speaking.

Where is your heart in asking?

There actually are two different ways to ask “Why me God?” And of course, they communicate two completely different thoughts.

This would be the person who physically or mentally shakes their first at God because they believe they deserve something better. Their question is really saying, “how could you do this, God?” Their tone of voice implies that they should not have to go through their present circumstances. It is a demanding question.

“I am hurting and don’t understand”

God will not turn away honest questions. Furthermore, He knows when we genuinely want to understand.

“When you experience difficulties in life, it’s not wrong to ask “why?” Just make sure you’re asking for the right reason.” Dr David Jeremiah

Often down the road, we begin to understand God’s plan. This happened for Joseph in the book of Genesis.

“He realized God had sent him to Egypt to preare a place for Jacob’s family to escape the famine in Canaan.” Dr David Jeremiah

Before having this understanding, Joseph escaped near death, was sold into slavery, and was later falsely accused of rape, landing him in prison. These circumstances would have been hard for anyone.

Where is your heart in giving answers?

In trying to answer someone else’s question, two different approaches can make or break a person’s spirit. It’s not that the answers are wrong. But when misfortune has just crashed into a person’s life, they may not be ready yet for the truth. They may first need compassion. So what are the two ways you could answer when someone asks, “Why God is this happening to me?”

“I am so spiritual, let me share my knowledge”

Usually, the person who blurts out “God will work it out for good” before first showing love does not know personally the compassion and love of Jesus.

Just because someone knows Scripture does not mean they are a Christian. Even Satan and the demons know Scripture and can probably quote it better than the rest of us.

Just because someone goes to church does not mean they are a Christian. The church is full of imperfect people who all need Jesus, the great physician. For this reason, the church is more like a hospital. Jesus wants to heal each of us spiritually, but some resist His treatment.

“I am so sorry this has happened, let me hug you”

We are to follow the example of Jesus who always cared about the physical, emotional, and spiritual needs of people. He fed the hungry, healed the sick, and even raised the dead.

Jesus was gentle to those who were genuinely seeking truth but blinded and burdened by the circumstances.

Why God why is the world so messed up?

This is another hard, but real question that many individuals are asking.

There are some countries where great injustice is threatening innocent people. Many fear for their lives. If you are one of them, be assured that there are thousands, maybe millions of people praying for you, including the Creator’s Classroom.

God never intended for our world to be the way it is. He had a perfect plan that mankind decided was not good enough. Instead, they took matters into their own hands. Things never work out well when we don’t follow God’s plan. That is not to say that God can’t and won’t make something good out of our messed-up situations. But “good” is not the same as the “best”. And so until we get to heaven (for those who love God), there will be things we just won’t be able to understand.

Bible characters who asked, “Why?”

Bible characters were human just like us and asked the same questions that we ask. Some were demanding, and some were willing to let God be God. We will look at two of them.

I don’t want to verbally bash Job too much, because he endured great hardship. But he was just a little too self-righteous and had a sense of entitlement. Here was a man that tried to live a life pleasing to God and that is commendable. But when push came to shove, he expected God to deliver something better, given his track record of obedience.

God’s response was the opposite of what Job expected. If you want to read it for yourself, it can be found in the book of Job, chapters 38-39. Essentially, God asked Job a rhetorical question. “Where you present when I was forming the earth and placed the sun, moon, and stars in the sky?” In other words, God was asking why he thought that the maker of the universe was inept in letting troubling circumstances happen to Job? Ouch.

“When God starts speaking to Job, His words have nothing to do with Job’s problems. He begins by establishing who He is. That’s because everything else is secondary… God invented Job, the one who is questioning Him. So Job gets a bit of a subtle, firm rebuke here, but you know what he doesn’t get? He doesn’t get God’s anger. God dosen’t strike him dead. Instead, He patiently reminds Job of the truth.”

Habakkuk was one of the many prophets who tried to warn Israel that disaster was coming if they did not follow God’s plan and worship Him alone. However, Habakkuk questioned God as to why Israel was going to be punished when the ones who would invade his country were far worse. I probably would have asked the same thing.

Habakkuk was not telling God what to do. Instead, he was asking a question about something that did not make sense to him. God told Habakkuk that in time he would understand. Most of the people of Israel would be taken captive to another country. They would become servants to their captors. Meanwhile, their own country would be destroyed- their temple, homes, palaces, and places of business. How in the world could that have been a good plan? If the people had not been removed from Israel, they would have died in the destruction.

When you get right down to it, life is a greater gift than all the material things we grasp. And when God is the only thing left to cling to, we often find our greatest life experiences.

Instead of asking God why …

Let me assure you that asking “why” is not wrong, so please don’t check out quite yet.

Instead, there should be more to our communication with God.

“Faith says, “nothing is going the way I want it to. Everything is falling apart. But I won’t put my hope in wealth or security or power or pleasure or control, because I know they’ll fail me.” Tarra-Leigh Cobble

“Why me God?” is a common question. We should not be afraid to ask Him what is on our minds, but we need to be careful how we ask. There is a huge difference between telling God what He should have done and expressing a sincere lack of understanding. Even Biblical characters asked this question.

The most important thing to remember is that God wants us to express more to Him than just “why?” He wants to have a close relationship with us and part of that includes talking to Him about what is bothering us.

God promises to help, heal, and strengthen us when we love and trust Him. What a great promise for those who are asking, “Why me God?”