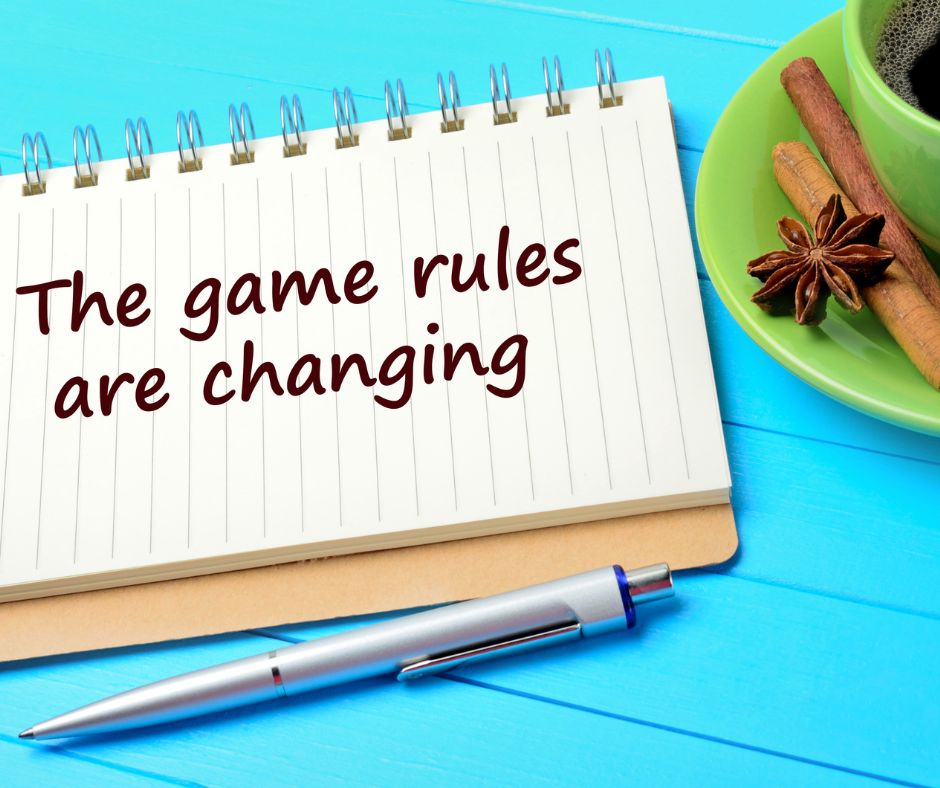 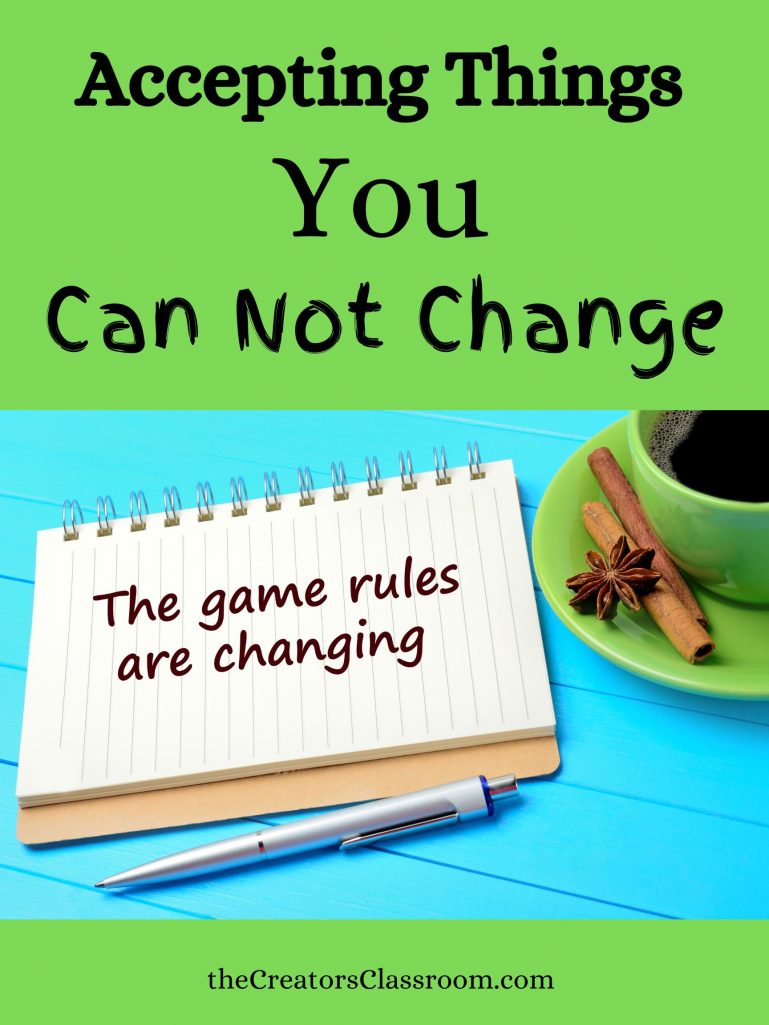 When my husband abandoned me, I was emotionally broken. I couldn’t believe what had happened and I longed to have my life back. I thought I would never reach a point of accepting things I could not change. It seemed too hard, too overwhelming, too impossible.

What do you wish was different in your life? Your circumstances? Abilities? Heritage? Something else?

Accepting things you can not change is important for mental and spiritual health. But how do you go about doing that? Is there a secret to it? And what does acceptance really mean?

So many questions. Let’s jump in and talk about them.

What are things I cannot change?

Some of the things we can not change are obvious:

Many times we can not change our circumstances either.

So many other things are out of our control. Life is not always fair and people will disappoint or hurt us from time to time.

Yet we grasp for control. It is human nature. Accepting things that you can not change is hard. But why?

Why do I struggle with acceptance?

There are many misconceptions about what acceptance really is. And we will cover that in just a minute.

We struggle with acceptance because we wish things were different. The reality of life can be hard at times. In fact, it can be downright painful.

As humans, we want to avoid pain. But denying reality leads eventually to more pain. Denial is simply a small bandaid on a big wound.

What acceptance IS and IS Not

Does acceptance mean giving up? Or does it mean we agree with what happened? What is the true meaning of acceptance?

What is the secret to accepting things you can not change?

You can find many suggestions on the internet or in books about accepting things you can not change. Many of them are helpful, but not complete.

So what is the secret? Let’s take a peek at the Bible. Some of its characters are good examples for us.

Paul is an example of accepting things you can not change

Paul was a man who loved Jesus and told everyone about it. This landed him in jail more than once. Imagine the emotional stress of not knowing what would happen next. Yet history tells us that on one occasion he was singing in jail.

But that isn’t all. Paul was also in shipwrecks more than once, beaten, and in a host of other not-so-comfortable situations.

What would we do under such circumstances? Paul accepted things he could not change. But how? This Scripture reveals his secret.

“I have learned in whatever situation I am to be content. I know how to be brought low, and I know how to abound. In any and every circumstance, I have learned the secret of facing plenty and hunger, abundance and need. I can do all things through him who strengthens me.” Philippians 4:11b-13 ESV

Paul was content, which is something we have to learn. But the secret was doing it through the power of Jesus Christ living in him.

Paul also did not complain or keep repeating the unfair things that had happened to him. You only find brief descriptions in a few places in all of his writings.

Peter is an example of accepting things you can not change

When Peter wrote his last words to the early Christians, he was sitting in jail waiting for his execution. In fact, he refers to it as he writes.

“I know that the putting off of my body will be soon, as our Lord Jesus Christ made clear to me.  And I will make every effort so that after my departure you may be able at any time to recall these things.” 1 Peter 1:14-15

So what was it that Peter wanted them to remember? The very things that kept him writing up to the very end.

“May grace and peace be multiplied to you in the knowledge of God and of Jesus our Lord. His divine power has granted to us all things that pertain to life and godliness” 1 Peter 1:2-3

Peter learned that God gives us the power for accepting things we can not change, even when he was facing death.

When we need God’s power it is available to us.

Joseph is an example of accepting things you can not change

Joseph was another one who ended up in jail, but not for preaching about Jesus. He was falsely accused of rape. Being in a foreign country at the time there was no trial. The woman’s word was all that was needed.

But Joseph’s story began much earlier. He was sold into slavery by his own brothers.

Things turned around eventually, and Joseph was elevated to the equivalent of Prime Minister of Agriculture. Many people’s lives were saved because of Joseph’s wisdom.

I am not sure how I would have handled being sold, and being in jail, but once reunited with his family, he held no resentment against them. Why? These are his words.

“As for you, you meant evil against me, but God meant it for good, to bring it about that many people should be kept alive, as they are today.” Genesis 50:20

Joseph had no control over being sold, being falsely accused, or going to jail. Yet he accepted things he could not change.

Not only did Joseph trust God, but he also learned to forgive.

The secret of accepting things you can not change

So if we boiled it down to a few words, this would be the secret of accepting things you can not change.

It all starts with our relationship with Jesus.

Life isn’t fair and people will hurt us from time to time. The sooner we learn to accept things out of our control, the better.

Don’t believe the lies. The secret to accepting things you can not change is really no secret at all. We find the answer and examples in the Bible.

If you are struggling today with acceptance, I pray you will follow the plan laid out in Scripture. It is the only plan that is complete and gives you the power to achieve this worthy goal.

Resources for accepting things you can not change

Skip to content
We use cookies to ensure that we give you the best experience on our website. If you continue to use this site we will assume that you are happy with it.OkPrivacy policy